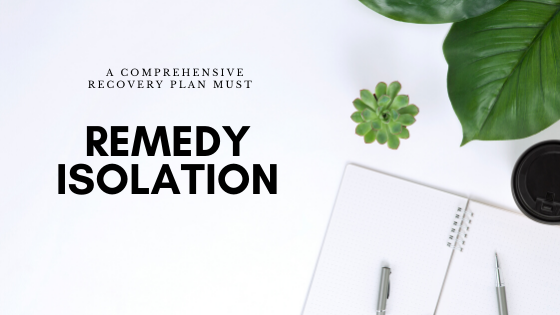 Why do we as a society immediately push out and dehumanize anyone who does not fit in with the majority? This is exemplified in various social situations, applying to several different groups who are excluded from society at the first sign of so-called “disruptive behavior”.

It Begins From Day One

Elementary school children who act out and disrupt classrooms are typically labeled as “bad” and disciplined by isolating them from their peers through time-outs, in-class suspensions, and similar exclusionary practices. Instead of creating an environment where these children should be supported and prepared for the world, educators instead create long-lasting harm by causing them to internalize the message that they don’t deserve to be included with their peers.

This type of treatment is the foundation for school-to-prison pipelines and can create a vicious cycle that continues into adulthood.

The dehumanizing difference – exclusion and criminalization

For adult populations, similar exclusionary practices are exemplified in the way we treat incarcerated populations. These individuals are immediately separated from the general population and even after they serve their time, records and societal limitations make assimilating back into society close to impossible. Rehabilitation and alternative disciplinary practices are minimal, leaving these individuals with limited options in improving their behaviors and changing their lives.

Despite how young they are or their life circumstances, we tend to offer the least support and empathy for people who need it the most.

Other groups are isolated simply for existing as a minority.

They who often live in fear of being judged and discriminated against on the premise that they deviate from the majority. When people lack experience or interaction with concepts that are foreign to them, they tend to develop prejudices based on false narratives created out of ignorance.

Sure enough for people in all three categories, they are also likelier to be victims of hate crimes. These narratives can look like assumptions that trans individuals are sexual predators who wish to use their identified gender bathrooms to attack members of the opposite sex or that the majority of gay men are HIV positive.E

The Stigma Of Homelessness

Homeless individuals are also generalized to be perceived as former drug addicts and as a result, often treated as less than human. Rising living costs and a lack of employment opportunities can make it difficult for these individuals to improve their situations and homelessness can impact any type of person including women, children, and families. Unfortunately, these facts are disregarded as the stigma surrounding homelessness causes society to ignore how their basic human needs are not being met.

As people claim to use these false narratives to “protect” themselves, they instead create dangerous environments for these “deviant” populations, leaving them vulnerable to scrutiny, attacks, and a loud, harmful message that they do not belong with the rest of the world.

Another marginalized group consists of individuals living with mental illness who are impacted by a combination of negative media portrayals and a lack of education surrounding mental health. Society stigmatizes these individuals by viewing them as dangerous and unpredictable when in fact, they are more likely to be the ones in danger from the world.

Mental illness can be one of the most debilitating and difficult things to live with because of the isolating nature of how it occurs internally. Often, individuals who are struggling with the limitations of mental illness internalize social stigma that can develop into self-hate, with the two feeding off of each other in a vicious cycle.

Due to lack of awareness and common misperceptions, there are very few environments where people feel safe in disclosing and talking about their mental illnesses. This causes several obstacles in being able to live a fulfilling and independent life due to the fear that prejudice will create barriers in obtaining employment, attending school, and making friends; all of which could potentially contribute to a longer lasting recovery.

From Marginalization To Inclusion

Instead of creating inclusive opportunities within communities, we tend to contribute to the isolation by disregarding the needs of individuals exhibiting symptoms and placing them in psychiatric hospitals, prisons, or turning blind eye to them as they live out their lives alone on the streets.

When we exclude individuals and groups and portray them through a negative lens filled with judgment and cut them off from society, we reduce the opportunity for positive human interactions in their lives and increase their risk for loneliness and isolation.

Human connection is essential to overall health, considered to be as important as “education, employment, lifestyle, and psychological health (NPR)”.

Loneliness is also closely linked with depression, the risk of death by suicide, and instability in relationships.

When society criminalizes people because they do not fit in with the general standard of “norm”, we take away their chance of recovery and life improvement.

Over a prolonged period of time, isolation can also cause pathological changes in the brain, leading to sleep disturbances, cognitive decline, and dementia in old age (cureus). By marginalizing groups that are highest in need, society is causing individuals to spiral deeper into the cycle of isolation and depression, further deterring them from seeking out social networks and assimilating into society.

In whole-person health, mental and physical health are intertwined. Take Loneliness, for example….

Loneliness has proven to create both mental and physical health problems in people, as well as reduce overall life expectancy, yet we disregard the need for human connection as a serious health risk. We don’t treat social isolation with the same urgency as we do a physical ailment such as diabetes or high blood pressure, although research has proven that loneliness can cause long-lasting and fatal effects. The results of a study comparing several studies on the effects of perceived social isolation revealed that social isolation affects not only mental health in increased risks for depression, but also physical health by reducing the length of life expectancy, increasing stress through elevated cortisol levels, and affecting cardiovascular health. When we exclude marginalized groups and individuals, we are not only isolating them but slowly deteriorating their life quality.

For marginalized groups who are already experiencing social rejection, self-hate, and loneliness, the effects of isolation could impact them in a more detrimental way. There is a dire need for a shift in the way that we treat people considered “deviant”, by incorporating societal inclusion and alternative practices to replace the punitive, and discriminatory ways that we have used to remove and exclude them from society. Setting “different” people apart from the rest of society is a practice that is alarmingly common and extremely harmful.

Instead, we should be providing support to these marginalized individuals through building social networks within communities and attempting to create awareness around stigmatized topics through educational conversations. Through community efforts, society can make a difference in increasing the level of compassion and support that marginalized groups need.

There are examples in various parts of the world of how societal inclusion has shown to positively impact the lives of individuals living with severe mental illness, demonstrating that there is hope for positive change through empathy, respect for one another as humans, and meaningful social relationships. These alternative practices can make a positive impact in the lives of all stigmatized individuals, as well as influence the quality and lasting effect of recovery in mental health.

On the next blog PART 2 …why is it important to talk about how social inclusion applies to mental health recovery and real-life examples of community initiatives that are demonstrating its impact.

Painted Brain12 hours ago
A major tragedy, grief or any adverse incident can derail your mental health in an instant, even if you were doing well.
#Mindfulness practices such as #meditation are good ways to maintain good mental health should anything come up that tests it.
http://ow.ly/o8o250yt62x

Painted Brain is with Disability Community Resource Center - DCRC and 6 others.1 day ago
Join us for our next Solo Artist Exhibition coming soon!

Painted Brain @ThePaintedBrain
4 hours ago
“Your illness is not your identity. Your chemistry is not your character.” — Rick Warren
#mentalhealthquotes
View on Twitter
1
9

Painted Brain @ThePaintedBrain
12 hours ago
Reposting @butterflylessons:
Self-care takes different forms for different people, but it is essentially the long term maintenance of your overall well-being https://t.co/mmk5hefUpH
View on Twitter
1
4