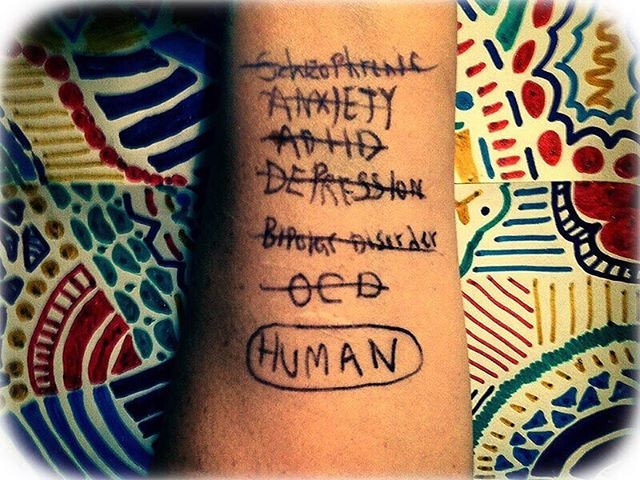 “The significant problems we face can not be solved at the same level of thinking with which it was created.”

Much has been said about the stigma surrounding mental illness. As emotionally loaded the phrase “mental illness” is, little is often understood about it.

Scientists are only beginning to understand the complex interaction between mind, body, the social environment, parental influences, and genetics that underlie human behavior.

Categorizing this complex phenomenon as a mere biochemical anomaly does little to shed light on the multifaceted nature of this problem, and does more to fuel existing prejudices surrounding people with mental illnesses.

Mental illness can be thought of as a social and environmental phenomenon as much as a biological one. It is, in reality, impossible to separate mental illness from its wider context. The notion that simple genetics and biology determine human behavior is as simplistic as to assume that anyone’s preference for a certain type of music over another, or specific political belief over another is simply the result of the random dance of molecules in the brain, devoid of anything else such as previous experiences, education or peer influences.

The so-called symptoms that underlie various diagnoses of mental illness, whether it be depression or Bipolar disorder, are not static conditions that can be neatly placed in specific cubbyholes that offer insightful guidelines for effective treatment. In fact rarely is this the case. mental illness is one of the many aspects of human experience that most if not all people experience over the course of their lifetime. Grief is a normal reaction for someone who has just experienced a loss. PTSD is a perfectly rational psychosomatic response to sexual assault.

Taken this way, an episode of schizophrenia or other types of psychosis can be considered a response to a personal crisis, and in some cultures a rite of passage in one’s development towards maturity. Supporting a person undergoing any such crisis free of stigma or prejudice may produce a far different outcome from one which results in ostracism, hostility, hospitalization, and drug treatment devoid of any other form of care.

The problem is that for those that have not been previously diagnosed with mental illness are told that it is a situational thing, not an enduring biological condition, while for those diagnosed with mental illness, much too often the label is used to justify the patient’s behavior. The label can often feed upon itself, and perpetuate the cycle of internalized stigma that is then reinforced by treatment, as well-intentioned as it might be.

Panic attacks preceding a job interview or a graduate school entry exam may be considered extreme for some, but everyone has some sort of vulnerability or another that can bring out “symptomatic behavior”. Calling this “panic disorder” or generalized anxiety disorder as a pretext to prescribing anti-anxiety medication may be clinically the right thing to do, but it is difficult to assess the psychological damage caused to the patient over time created with a label of psychic pathology, and then attacking the symptom without delving into the underlying causes.

Medical practitioners must consider their role in relation to the patient. This is not to negate the fact that indeed, biological influences play a huge role in manifesting symptoms of mental illness. Nor does this negate the important role that psychiatric drugs may play in alleviating symptoms of mental illness so that other treatments such as talk therapy can kick in optimally. Diagnosis should only be a beginning – a roadmap if you will, and not the end of treatment as if administering the “correct drug regimen” is all that is required for success.

Being human, psychiatrists and clinical psychologists are vulnerable to making biased judgments like anyone else, but in such professional capacity, there is more at stake. Studies have shown that unconscious biases or stereotyped perceptions on the part of the mental health professional may have adverse effects upon the patient’s recovery process. Biases may communicate themselves in subtle attitudes or behaviors that elude detection on the surface, making them much more pernicious and pervasive in their influence than previously thought…

“How people with mental disorders are viewed by treatment providers and the general public can have a significant impact on treatment outcomes and the quality of life of clients,” writes Dr. Bruce Link, professor of epidemiology and sociomedical sciences at Columbia University.

According to statistics 1 in 5 Americans have some form of mental illness, yet, the statistics can be higher, as many individuals simply do not seek treatment. Certainly, cultural attitudes may predispose individuals to not seek therapy or for professionals themselves to factor in cultural biases in diagnosing them – resulting in misdiagnoses. Repression rather than acceptance of mental illness, for example, is prevalent in East Asian cultures, further obscuring the true incidence of mental illness across the world.

Nor do the stats take into account for the fact that diagnoses in the DSM  are not restricted to people with so-called “mental illness” diagnoses. Symptoms can be thought of as being on a continuum upon which everyone falls somewhere, to which all of us at one time or another will find helpful in identifying in order to devise an appropriate plan for action – whether it be treatment, medication, or simply any form of therapy. It need not be a source of stigma. Instead, it can be a tool to find common ground in treatment for “normal” and “mentally ill” alike.

Looking into one’s detailed medical file is the most common way to guide future treatment, and this may be part of the problem, as it takes the focus away from the “patient” as an individual and places him/her in a category that is both impersonal and abstract – further obscuring any personal connection that may otherwise develop that is also essential for effective treatment. A situational approach – in contrast – places the focus on the client’s immediate and current experience and works together with the patient in identifying and mitigating the causes of “distress”.

A small and subtle difference to be exact, but the underlying premise is a marked contrast to the prevailing model, which uses the patient’ diagnosis as a tool to guide treatment. Such an approach seeks not to view the personal experience as pathological in itself, as every person’s experience – from an emotional and physical standpoint, is a valid one. It simply is.

Seeing the patient’s personal experience as valid, and as potentially a reasonable emotional and or cognitive response to an external situation leaves open room in the imagination for a rational alternative as a solution and makes meaningful dialogue between provider and patient possible. Humanizing the patient is quite often the first step in guiding an effective therapy.

Michale C. Miller of Harvard University, suggests redefining diagnosis as a process that takes time, rather than a static and fixed initial stage in the treatment process. Seen this way, diagnoses are no more than educated “first impressions”, often prone to fallacy the same way any first impression can be.

Seeing it this way, one can see that initial diagnoses are error-prone and imperfect, and something that can be and must be refined by “careful consideration over time” to be useful and provide a good model for action. Such effective diagnoses can only be made through careful and thoughtful interaction with a patent. Seen this way, rehumanizing the patient may have merits that are not merely humanistic, but scientific, in terms of delivering results in quality mental health care.

A dialogic approach to therapy is one which seeks to build a diagnosis that is both a good, albeit fallible and imperfect road map to the appropriate treatment, and recognizes with a respectable dose of humility that the multifaceted nature of mind eludes simple static definitions and labels.

The map is not the territory, but it must be reinvented through collaborative dialogue with the patient. Only then can an accurate diagnosis be constructed, and let accurate be defined as one that is ultimately empowering and provides a roadmap towards realizing the human potential and seeing beyond the illness.

As far-reaching as the step may be, rethinking the prevailing practices around making diagnoses – and rethinking mental illness in general – is only an initial step in revamping a system that needs revamping on a systemic level. mental illness is as much a social problem as a biological one. The World Health Organization calls it the number one cause of occupational disability in the world, and in cultures throughout the globe, the dialogue around mental illness is laden with prejudice, misunderstanding, and dogma that underscores other social problems such as racism, sexism, and ethnocentrism.

As with any kind of systemic change in institutions that are national, even global in scope, the dialogue must change in the healthcare community, and this dialogue must include the “silent minority” – the mental health care consumer as well as the provider.

On the side of mental health professionals whose medical opinions and evaluations are too human, with the mind’s mischievous tendencies to be unaware of its biases and mistake opinion for fact, the administration of mental health care for the consumer would be much an exercise in humility as it is one in leading the growth towards wholeness.

Dangers of biases (cultural and sexism) on the part of mental health professionals in diagnosing a patent: