In June, Fast Company published an interesting article on the future of work, in which Jake Bullinger argued for the importance of social workers in the corporate sector and addressing real mental health needs. As more and more jobs become automated, many companies are reporting an increased need for soft, social skills in their labor force.

Bullinger averred, “A good programmer can code herself out of a job, but it’s hard to replace the services a counselor provides.” And one of those key services is as simple as having someone who actively listens to you. But is that all that social workers do?

And do you really want someone in the office who knows the intimate details of your life? Well, there is a bit more to social work than just therapy. A huge part of the work is listening, yes. But being a social worker also means being an advocate. And that means standing up for, and speaking up on behalf of your clients when others aren’t listening.

Do You Want a Therapist at Your Work Place?

“When I myself first began pursuing social work as a profession, I met with a friend’s brother, James Simon, LCSW. Simon asked me right away, “Well, do you want to be working in the public, non-profit, or private sector?” I had no idea the latter was even an option. It struck me as selling out—at first. But after my first year of graduate school, I think many of my student-colleagues could make use of a social worker to advocate for their needs within the social work department!”

On that note, it should be said that entering the corporate administrative world may be a good option for social workers. As blogger A. Haven writes,

Thus, attempting to achieve a stable position in a large corporation may offer many personal benefits to the social workers themselves, besides a higher salary.

But what, exactly, is it that social workers work on? Famously, Margaret Thatcher proclaimed, “There is no such thing as society. There are individual men and women and there are families. And no government can do anything except through people, and people must look after themselves first.” There is a good reason to think that although in many ways, we live in the shadow of Thatcher and Reagan’s free-market ideas—we nevertheless persist in the belief that there is something more to society than the sum of its individual members.

The National Association of Social Workers gives a fairly clear set of ethical guidelines for its accredited practitioners. One of the cardinal values of this code of ethics is social justice. That seeking of justice is crucial when navigating a conflict between two co-workers, or between a boss and someone she could easily fire.

Regarding the bottom line:  There is an increasingly shared consensus by corporations, consumers, and market regulators that there is something that corporations owe to consumers, to employees, and to other stakeholders, beyond the product, the pay, and the head-nods, respectively. And that is where the “social” happens.

Social responsibility arms are becoming an increasingly important aspect of many corporations. Wikipedia’s page on corporate social responsibility states plainly, “As wealth inequality is perceived to be increasing, it has become increasingly necessary for businesses to justify their position of power” Whoever contributed that sentence to the Wikipedia page also recognizes that there’s some kind of power that exists between individuals besides just those people. And that is society. And that is what social workers work on.

But What About HR? 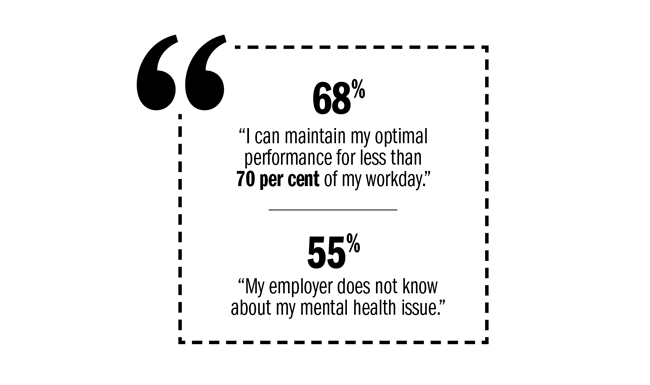 Many might look at the important work of creating a healthy, safe work environment or managing conflict between employees, or between subordinates and superiors and say, “Shouldn’t this really be the work of human resources departments?” Formally, that is why many human resource departments exist. Yet, as the #MeToo movement has abundantly illustrated, there is more to creating a safe work environment than running a good background check. There is also the need to create a feeling of trust and decency—something many employees complain is actually getting worse.

Further, there is a reason to be dubious about the role of social workers in corporate settings causing any kind of dramatic shift in corporate ethics. For a very long time, social work has been shifting away from a focus on direct service for the marginalized, and as, Cossy Hough puts it,

Social work has evolved from a profession focusing on people living in poverty to one associated with governmental programming to one offering counseling and health-related services in nonprofit and private-practice settings.

This means that the character of social work in any given market is not inherent to the profession, any more than high drug prices are inherent to being a doctor. Or, in other words, the skills of active listening, managing conflict, and navigating complex social systems can be used for just about anything. Imagine if your boss not only monitored your social media usage, but also the finely tuned skills of a negotiator, combined with a psychologist (or, in other words, a social worker), to broker deals against the interests of you and your coworkers.

Nevertheless, the presence of social workers in corporate settings continues to expand, and has been studied. One such study showed,

Themes from the data indicated that social workers are most valued in their organizations for their abilities to build relationships, effectively implement change and see things in a different perspective from their co-workers. 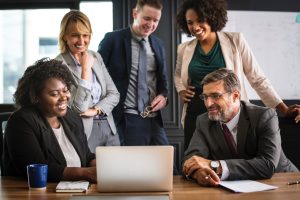 Even if the growing presence of social workers in the workforce represents an intensification of work, or is perhaps a response against it, there is a growing consensus that a surplus, beyond just people and markets, exists. Wikipedia’s page on the topic of “society” is illustrative of that somewhat intangible surplus. “A society is a group of individuals involved in persistent social interaction” [emphasis added] That interaction happens in a place where who is watching, what they’re looking for, and who individuals can count on to protect or support them matters immeasurably with regard to the final outcome.

Perhaps the crucial shift away from the lengthy history of human resources management, towards social work as the model of how corporate bodies can interact with their employees will never fully materialize. But corporations are starting to notice that humans aren’t just resources—they have qualities that can’t be collated, collected, classified, or coded. How those qualities and human potentials that manifest are dependent on mental health. And those qualities are the materials of the social worker’s craft.