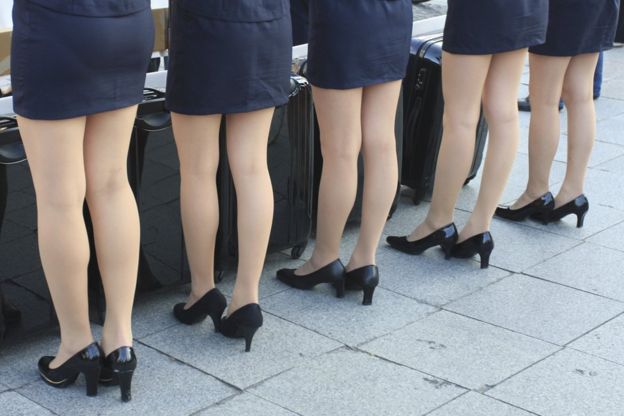 I am a woman and I like how I dress.

I know that I emphasize makeup, haircare, eyeglasses, and handbags because I have my favorite outfits and I wear those all the time. I feel comfortable in leggings, yoga pants, sweats, along with a tank top, push up bra and a sweater. I have worn pencil skirts and sweaters and shirt dresses in the past but I don’t have any now. I like to wear black. I definitely prefer Louis Vuitton any day to Christian Loubutin because I feel that wearing extreme heels could cause me to hurt my ankle or fall and I know that so many people buy similar styles at Steve Madden stores and online through Just Fabulous, Lola Shoetique, and other online shoe stores but they seem so difficult to walk in. I know that bank tellers seem to wear the hardest to walk in shoes and they have to stand up for a 4-8 hour shift and they usually can’t even park in the parking lot so they walk in those shoes as well.

I think that before 1994 women on the senate floor were required to wear skirts or dresses. Most women in the 1990s went to the grocery store in pants and I believe since the early 1970s school girls could wear pants instead of skirts in elementary, junior high, and high school and in the mid 1960s I think short skirts were allowed and also in the 1920s. I saw the movie “To Sir With Love” and the teacher told the kids in the class “Your clothes are straight out of the 1920s and your hairstyles are 200 years old,” and they couldn’t believe it and they went to the Victoria and Albert Museum in London and were amazed. I remember that I read Ruth Bader Ginsberg’s Biography and when she was younger she had to deal with a lot of sexism and antisemitism and people even told her “No dogs No Jews.” Also one of the people where she was going to work I believe it was in the 1960s asked her to wear skirts. I don’t understand why men feel like they can require a woman to wear skirts to work and why that makes women more feminine.

Dawn is a columnist for Painted Brain News