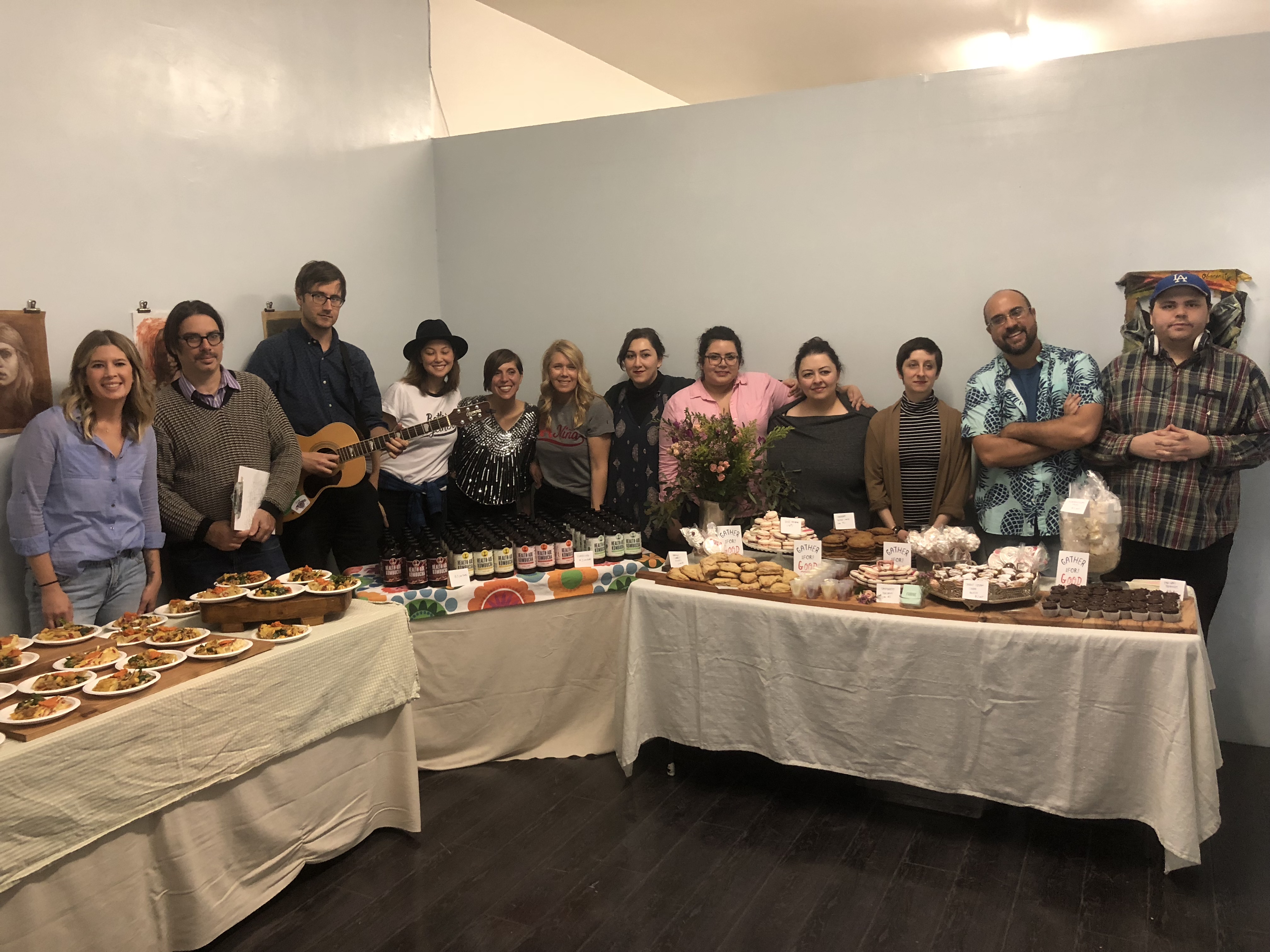 Environments for art where people that display signs of mental health differences in Los Angeles, California are starting to improve with the aid of Painted Brain and their sponsor Gather for Good by hosting a pop-up boutique bake sale opened to the public. 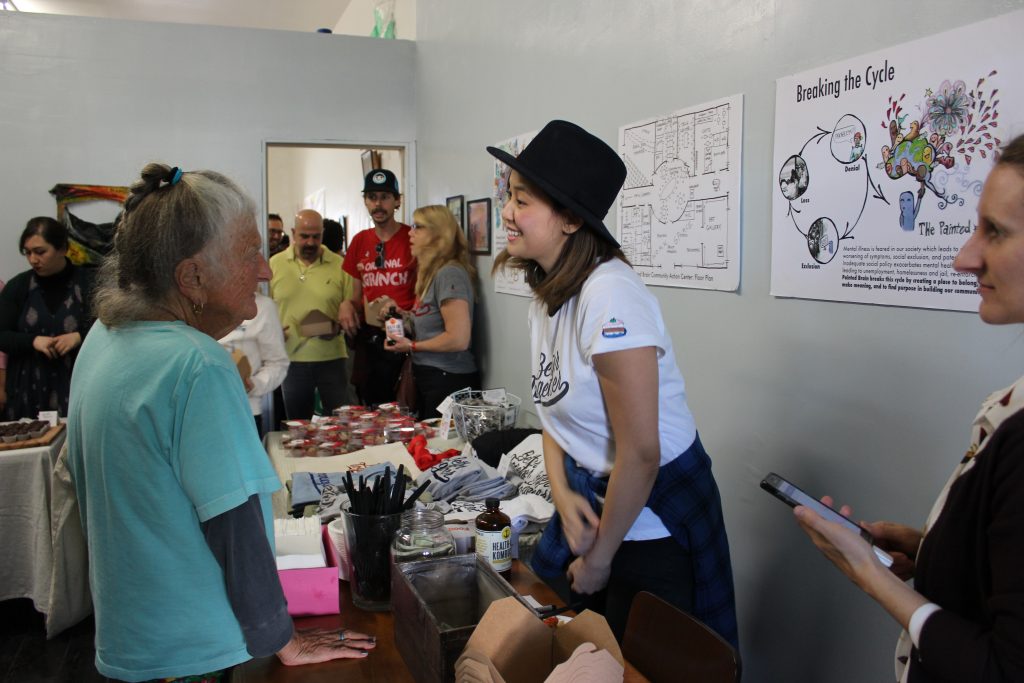 Painted Brain and Gather for Good joined in partnership on Jan. 27th, 2018 from 2 p.m. until 4 p.m. to aim at the goal of enhancing art space for individuals with these differences inside Painted Brain’s Headquarters located at 5980 West Pico Blvd., Los Angeles, 90035.

Enlightening the minds of those who are mentally different, Painted Brain and Gather for Good strive to educate the public by exemplifying that mental health differences do not make you a danger to society. A narrative told by Painted Brain’s community contributors through illustrations of elaborate paintings, sculpture figures, and even animated caricatures.This event was lavished with desserts and other delicious foods, along with a mixture of artists and activists that support mental health differences. Art was done by members as well as the public. And the proceeds from the day’s event, Painted Brain would receive in order to continue conducting outreach in the neighboring communities about the creative artwork done by its members.

Robby Lewis was a customer at the event, who was standing with friends and was amazed to know that the proceeds were going to Painted Brain. “I feel like art is a form of expression. It’s a good outlet for myself or anyone to express things that words cannot capture,” said Robby.

Face masks that were beautifully crafted by members of Painted Brain are mounted on one wall of the boutique. Painted Brain Headquarters is literally behind the boutique, hence the reason as to why Gather for Good and Painted Brain hosted the event, space isn’t enough.

Stephanie Garcia, a staff from Gather for Good, gave her response to the partnership and donated proceeds. “It’s good for us to do so that we know that Painted Brain is going to do something good with it for the community.” 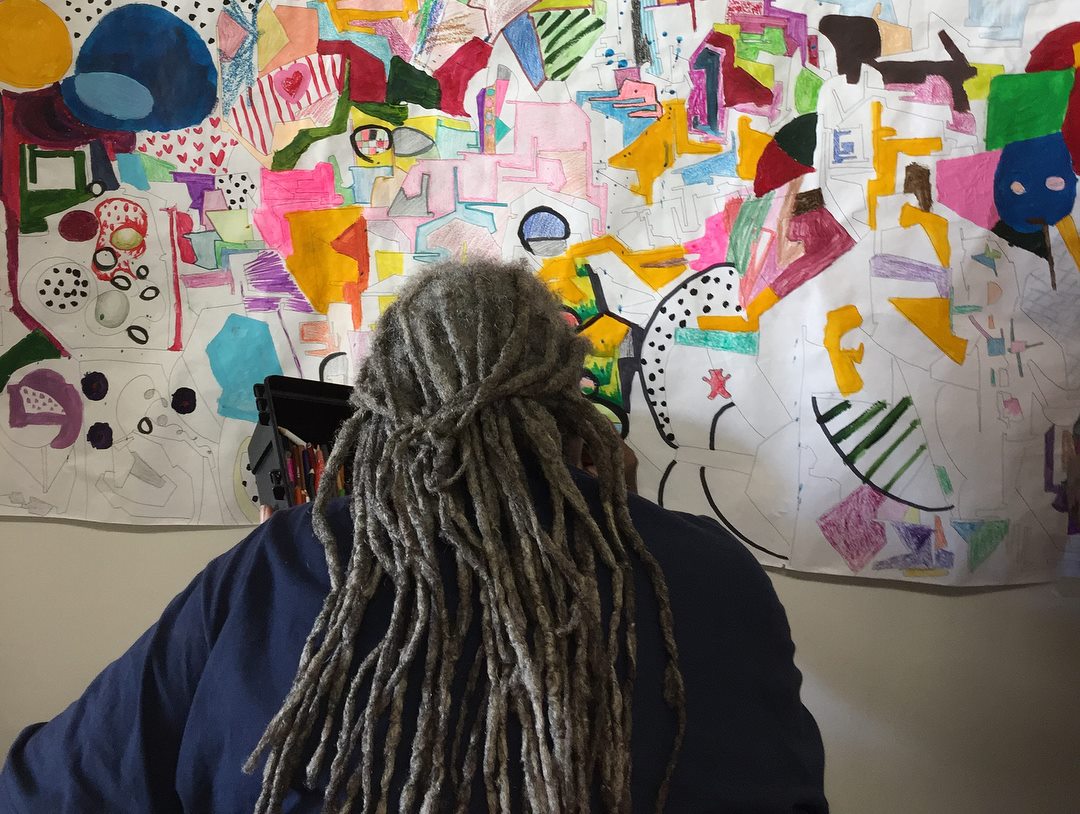 Art and food have a way of uniting people together with a force of power. They’re excellent contributors to assist in giving out good vibes, attracting anyone within the presence of their forcefield. William Gibney was pulled in by the magnetic force of the event from the outside. He first visited the boutique, then eventually worked his way toward the back of the event. “I was strolling along the street and I saw Painted Brain,” said William. He continued saying, “I spoke to this lady behind this desk, she was telling me that it’s kinda like a drop-in center. It’s sort of a community building project.” William contributed to the event by purchasing vegan-friendly kombucha. He said that is great for digestion. The beverage came in a variety of flavors. He managed to buy almost every flavor, if not all. 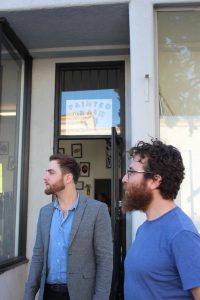 However, he wasn’t the only person witnessed purchasing these drinks. Norris Preston-Rakin is a vegan with several allergens. Majority of the food at the event had animal byproducts within them. “I’m a vegan, and I’m allergic to grains. Most of this stuff, I can’t eat,” said Norris. “I was going to get some kombucha. It helps with your probiotics in your intestines.” Healthy food is essential for a stable mind and body. Gather for Good understands this imperative connection of the two; therefore, every item prepared at the event was essentially vegetarian and without preservatives to enhance the quality of the food.The overall mission of Painted Brain is to create a lasting community-based solution to mental health difference and to impact social injustice through arts, advocacy, and enterprise. This mantra lives on to this very day. And Painted Brain Headquarters welcomes the public, to experience the journey of changing the community perception about those who are mentally different.

Painted Brain1 day ago
If you have a family member or friend you know is suffering from #depression, it's very important to let know that you’re there with them and for them.
Even something as simple as saying “I care” can help.

Painted Brain3 days ago
Engaging in self-care can look different for each person, but the outcome is generally similar, such as increased happiness, productivity, and health.
#selfcare #stigmafree
https://paintedbrain.org/news/why-everyone-needs-self-care/

Painted Brain @ThePaintedBrain
35 minutes ago
"We will either rise together as brothers, or perish together as fools"
- Martin Luther King Jr.
In the end, we are everyone's best and only hope.
#inspiration #healing #selfawareness https://t.co/BbgSS6inUA
View on Twitter
5
5

Painted Brain @ThePaintedBrain
4 hours ago
Some of the best means for suicide prevention turn out to be none other than simple human connection and support, the polar opposite of stigma and isolation.
RT if you agree!
View on Twitter
12
19