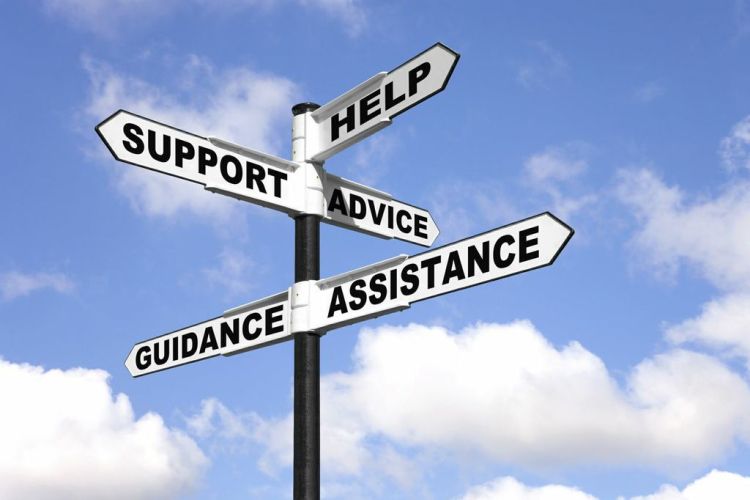 The idea of giving up drugs and alcohol completely can be overwhelming for anyone with an addiction. Even if you’re certain you’re ready to take the leap into sobriety, imagining that life may seem impossible — even frightening.

The good news is that many addicts feel this way about recovery, so you are not alone in your fears. We recently spoke with recovering addicts about their time in rehabilitation and the ways it helped them achieve a sober life. They shared how they’ve learned to cope without reverting to their old ways, and had some truly valuable insight to share. Here are just a few ways they said they’ve maintained their sobriety after treatment.

Just because you give up a substance doesn’t mean the desire to use totally leaves. It’s natural for the temptation to linger, but Sally told us that she’s learned to concentrate on all the things she previously took for granted — and it’s actually helped her let go of her urges.

“Not using isn’t really a challenge to me now, because I’ve found other healthy things to be focused on,” she said. “If you’re not scared or hiding, you can enjoy the simple things in life.”

It might be starting (or finishing) an art project, writing a poem or song, enjoying a calm, quiet night at home with your family, or taking a walk through the park with a clear head. There may even be things you never realized you’ve been overlooking.

“You’re just going to enjoy life so much more. There’s so much that you miss out on when you’re addicted to a substance,” Sally revealed.

Sticking to the program

It may sound obvious, but it’s easy to fall out of positive habits once you’re back in the real world. Though she was skeptical at first, Wendy said she’s realized the importance of sticking to her sober routine.

“I go to AA at least five days a week, I have a sponsor, and I’m doing my steps,” she said. “I used to think it was so cliche doing my steps, but you’re going to have a lifetime of them, and I think they help with so much.”

But what about the tough days? Wendy said for her, employing the dialectical behavior therapy (DBT) skills she learned during her stay at Turning Point Recovery, Addiction Campus’ Mississippi facility, have made a major impact:

“The DBT skills definitely helped. It’s very rare I’m in a bad mood now, because I’ve learned how to turn my bad mood around.

“Now instead of letting myself be overwhelmed by negative thoughts, things just disappear. Things aren’t as bad as we make them. We tend to make huge deals of things that are really just tiny specks on the spectrum,” she noted.

They say you can’t help others until you help yourself, and that’s especially true when it comes to sobriety. Once you’ve found that clean path, though, you may find that helping others do the same is a rewarding way to stay on-track yourself.

“Being an outlet for people has been my greatest joy in recovery,” Lincoln shared. “I love being able to reach out to someone who is struggling and being someone that people reach out to when they want a better life. I wasn’t helpful to anyone when I was using, but now having people who rely on me and actually want to hear my opinion is amazing.”

After all, you’re uniquely qualified to help others on the road to recovery. By conquering your own drug demons, you know not only the kinds of challenges others will face on their journey, you also know ways to overcome them. And that is certainly something to be proud of.

“I’m able to share my story and help others, and that’s a big part of it — you have to be proud of the work you’ve done. Sharing that helps other people,” Sally concluded.

Painted Brain8 hours ago
Engaging in self-care can look different for each person, but the outcome is generally similar, such as increased happiness, productivity, and health.
#selfcare #stigmafree
https://paintedbrain.org/news/why-everyone-needs-self-care/

Painted Brain @ThePaintedBrain
4 hours ago
If you believe in yourself anything is possible.
#endthestigma #mentalhealth #mentalhealthwarriors
https://t.co/Wk54kRbQIb https://t.co/n4zc02cZlF
View on Twitter
4
5

Painted Brain @ThePaintedBrain
5 hours ago
Don’t allow yourself to be defined by an illness.
🌳A person with schizophrenia is NOT “A Schizophrenic” any more than a person with leukemia is “A Cancer.”
🌿🌾🍃
We are all part of the same group:
human beings.
#EndTheStigma #KeepTalkingMH
View on Twitter
7
11