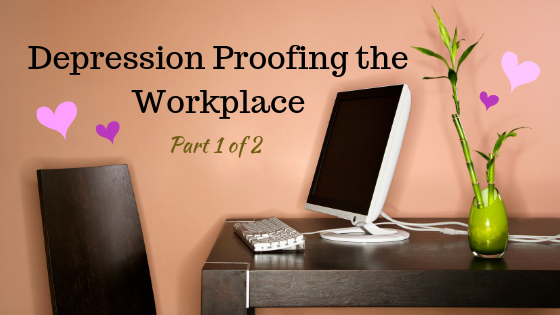 The feeling of having psychological safety is one of the fundamental psychological needs of all human beings, without which is a festering ground for mental health issues and all the economic losses they create.

“Psychological safety is the sense that when you offer up your thoughts, ideas and questions or you highlight mistakes, you will still be accepted and respected.”

“It also means that if it is you whose mistake is being highlighted, you will be given feedback in a supportive and respectful way, not being made a scapegoat, or ridiculed.”

A work environment that provides said safety promotes the growth of critical thinking, creativity, and confidence in their employees.

“Over the years, there has been a shift in creating more positive work cultures, however, management in the United States has largely focused on growth for its own sake…”

“If we add internal threats into the mix too; that inner voice of criticism, telling you all manner of compelling, but false statements, about your abilities and qualities, then we have a recipe for mental health issues.”

A company is a system; each and every single employee plays a crucial role in the outcome trying to be reached. If employees do not feel as though they are respected and valued members of their community, they will begin to feel demoralized and defeated. Spending, on average, at least 40 hours weekly in an environment that creates tension and stress in the body significantly contributes to poor mental health.

In fact, according to the American Psychiatric Association, “Approximately 6-7% of full-time U.S. workers experienced major depression (MDD) within the past year.”

Let’s Be Straight: Depression Costs Money, so why cause it?

According to Sagar V. Parikh, Medical Director at the University of Michigan; “depression-related absenteeism and presenteeism (when employees are present for work but less productive due to their illness) have staggering economic consequences: absenteeism alone is estimated to cost U.S. employers upwards of 23 billion dollars per year.” According to this, by not attending to employee’s individual needs and creating a positive work environment, companies are losing money. They fail to recognize the problem with the excessive focus on the bottom line and lack of focus on the well-being of their employees. The ultimate irony is that it creates the very “loss” it is seeking to avoid.

Here’s the flip side of all this:

A work environment that provides a feeling of safety promotes the growth of critical thinking, creativity, and confidence in their employees. These also activate the same reward centers that are involved with motivation, goal-directed behavior, and the “reward” that comes from it. In other words, a “dopamine”-powered workplace, where productivity is driven less by deadline pressures and more by enjoyment, meaning, and purpose as “reward”..

Dopamine reward centers are the same brain regions involved in brain activity that is typically reduced in depression sufferers.

We may seek to reverse engineer some of the techniques that have been used before that change the workplace for the better; in other words, “depression-proofing.

And finally, should work and play be mutually exclusive?

The sad truth is that for many, work and play are mutually exclusive; work is dreaded and considered a joyless experience that one must endure until making it to the weekend. And as such, the cycle goes on.

Is it possible to create work environments that are both safe and fun places to work while also serving the bottom line?

In the next blog, I’ll expand at length on the concept of play and what we can learn from some of the organizations that actually did it.

By Kevin Naruse and Roz Hedayatian

Painted Brain2 hours ago
"One of the benefits of tech training is that it provides an outlet for meaningful engagement. The old argument that too often smartphones and Facebook becomes a crutch for real social interaction, this is entirely different for someone who is already isolated and needs to connect with people outside of his home. If you already have a good social circle of support, there is no reason to use social media in excess. For someone starved of social interaction, it can open up worlds of possibilities."

Painted Brain4 hours ago
☝️ Did you know "Play" is good - AND not only for mental wellness❓
♦️ An #endorphin-powered workplace makes teams more productive, employees more engaged, and reduces stress-related costs.
♦️10-15 minutes of #laughter burns approximately 10-40 #calories per day, which is roughly 4 pounds a year.
♦️ It’s #aerobicexercise without going to the gym. Recall the last time you worked out and how relaxed your body felt afterward. It’s a similar feeling after a good belly laugh, and it continues for almost an hour.

Painted Brain @ThePaintedBrain
1 hour ago
“Having a safe place to take shelter is a basic necessity. We must find solutions to the homelessness crisis. To do this, it is vital for our families and individuals impacted by mental illness to be part of the conversation.”
@cruzer2211
@NAMICalifornia
View on Twitter
3
6