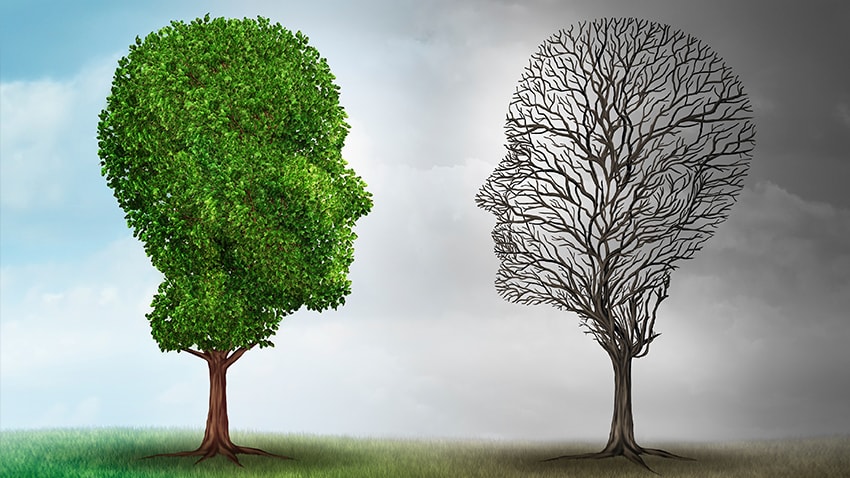 Everything You Wanted To Know About Bipolar Disorder

Currently, amongst the U.S population, 2.6% of people have been diagnosed with bipolar disorder and nearly 83% of those cases are categorized as severe.

Bipolar disorder is characterized by dramatic shifts in mood, energy, and clarity in thinking that cause distress and impairment in functioning. Those struggling with this disorder experience extreme highs and lows in mood, known as manic or hypomanic episodes and depressive episodes. According to the  Mayo Clinic:

“when you become depressed, you may feel sad or hopeless and lose interest or pleasure in most activities. When your mood shifts to mania or hypomania (less extreme than mania), you may feel euphoric, full of energy or unusually irritable. These mood swings can affect sleep, energy, activity, judgment, behavior and the ability to think clearly.”

There are four different kinds of bipolar disorder. It is important to know the difference if you or someone you love is suffering from this disorder.

It may seem that Bipolar II disorder is a less severe form of Bipolar I disorder but that is not the case. Though mania is far more extreme and dangerous than hypomania, those with bipolar II disorder often experience worse and longer periods of major depressive disorder that can be quite debilitating.

The average age-of-onset is about 25, though it can occur in the teen years and uncommonly, even in childhood.

Men and women are both equally affected by this disorder.

If left untreated the condition can quickly worsen, but with proper treatment, people can go on to lead healthy lives.

So, what causes bipolar disorder?

According to National Alliance on Mental Illness,  currently no single cause has yet been determined, however, scientists believe they have identified several contributing factors: genetics, stress, and brain structure. The chances of developing the disorder are increased if parents or siblings have had it, but the role of genetics has not proven to be absolute.

Stressful events, such as the death of a loved one or a difficult breakup, can trigger manic or depressive episodes.

Lastly, brain structure and function play a role. Though scans cannot diagnose a person with the disorder, they have shown subtle differences amongst those who have it and those who do not.

Treatment for bipolar disorder requires an integrative approach. Medication combined with regular psychotherapy has been proven to be the most effective. Medications can include mood stabilizers, antipsychotic medications and, sometimes, antidepressants. Psychotherapeutic approaches that are often used include can include cognitive behavioral therapy and family-focused therapy.