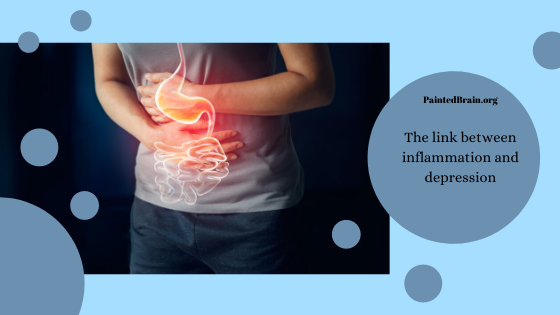 The link between inflammation and depression

Understanding the immunological basis of disease has revolutionized the treatment of cancer and autoimmune and inflammatory disorders, benefitting millions of people with breakthrough immunotherapies. We now suspect that immunologic processes may also play a pivotal role in the development and maintenance of psychiatric disorders, opening an entirely new avenue for novel strategies to prevent and treat psychiatric disease.

The immunologic processes connected to depression have received the most attention. A vast amount of data supports the hypothesis that the immune system in general and inflammation in particular, represent a pathway to pathology in a significant number of depressed patients. Although the relationship between inflammation and depression may at first glance appear straightforward, this relationship is much richer and more nuanced than is often believed. In hopes of embracing the complexity involved, 5 essential points that represent our current understanding of the field are presented.

Depression is not an inflammatory disorder

Probably the most important lessons that we have learned about inflammation and depression are that depression is not an inflammatory disorder and not every patient with depression has increased inflammation. Although a multitude of studies have demonstrated increased mean concentrations of a variety of inflammatory markers in depressed patients compared with controls—including reproducible increases in the inflammatory cytokines tumor necrosis factor (TNF), interleukin (IL)-1β, IL-6 and the acute phase protein C-reactive protein (CRP)—there is considerable variability within the depressed population. Indeed, despite the question being asked repeatedly, we do not know the percentage of patients in whom inflammation plays a role.

The difficulty in addressing this question is that the answer depends on the patient population being considered. The more inflammatory risk factors a patient has, the more likely he or she will have inflammation. There are a multitude of factors associated with increased inflammation including treatment resistance. For example, 45% of patients enrolled in a study on treatment-resistant depression had a CRP > 3 mg/L, which is considered high inflammation.1

Another pivotal point is that increased inflammation not only occurs in depression but also in multiple other psychiatric diseases including bipolar disorder, anxiety disorders, personality disorders, and schizophrenia. These data suggest that inflammation is transdiagnostic in nature, occurring in subpopulations of patients within a number of psychiatric disorders.

Inflammation has specific effects on the brain and behavior

As we gain more insight into how inflammation affects the brain, it is becoming increasingly clear that there is a surprising specificity on the impact of inflammation on behavior. Such specificity is apparent in the neurocircuits and neurotransmitter systems that appear to be most affected by inflammation both in the context of the administration of inflammatory stimuli or in association with inflammatory markers in patients with depression or other psychiatric disorders. For example, administration of the inflammatory cytokine interferon (IFN)-α to patients or administration of typhoid vaccination or endotoxin to healthy volunteers has shown that inflammation affects subcortical and cortical brain circuits associated with motivation and motor activity as well as cortical brain regions associated with arousal, anxiety, and alarm.2-4

Similar results have been found in patients with depression where increases in peripheral blood concentrations of the CRP were correlated with decreases in connectivity within motivation and reward circuits involving the ventral striatum and ventromedial prefrontal cortex (vmPFC), that in turn were associated with anhedonia.5 Greater inflammatory responses to stress as reflected by salivary concentrations of soluble TNF receptor 2 have also been correlated with activation of threat assessment circuits in the brain involving the dorsal anterior cingulate cortex (dACC) and insula.6 This latter effect of inflammation on threat and fear-related neurocircuitry may explain the emerging literature on the association of inflammatory markers with suicidal ideation and suicide attempts.7Indeed, threat sensitivity has been shown to independently predict suicide risk, and data suggest that increased inflammatory markers may be preferentially associated with depressed patients who have attempted suicide.7,8

In terms of the neurotransmitter systems involved, inflammation reduces the availability of monoamines by increasing the expression and function of the presynaptic reuptake pumps (transporters) for serotonin, dopamine, and norepinephrine and by reducing monoamine synthesis and release by decreasing enzymatic co-factors such as tetrahydrobiopterin.1,2 Cytokine-induced decreases in basal ganglia dopamine release have been observed in humans and directly correlated with reduced motivation in laboratory animals.1,2

Inflammation also decreases relevant monoamine precursors by activating the enzyme indoleamine 2,3dioxygenase, which breaks down tryptophan, the primary precursor for 5-HT, into kynurenine. Activated microglia can convert kynurenine into quinolinic acid, which can lead to excessive glutamate, an excitatory amino acid neurotransmitter. Excessive glutamate can lead to decreased brain-derived neurotrophic factor (BDNF) and excitotoxicity. Increased CRP has been directly correlated with increased glutamate in the basal ganglia of patients with depression.9 Finally, based on the inhibitory effects of inflammation on monoamine metabolism and BDNF, it is not surprising that inflammation is associated with a poor response to conventional antidepressants, whose efficacy relies in part on increasing monoamine availability and inducing BDNF and neurogenesis.

Our understanding of the immunology underlying inflammation in depression is limited to a small number of human studies in addition to animal studies. Thus, the relative contribution of innate and adaptive immune responses is unknown. One might suspect from the inflammatory mediators that are increased in the blood of depressed patients (eg, TNF, IL-1β and IL-6) that the primary drivers of inflammation in depression involve monocytes and activation of the innate immune response. Consistent with this notion is a recent report of increased perivascular monocytes/macrophages and monocyte chemoattractant protein (MCP)-1, a protein that attracts monocytes to the tissues in postmortem brain samples of presumably depressed suicide victims.Findings from animal studies also suggest that stress-induced increases in catecholamines stimulate the release of monocytes from the bone marrow.2 Once in the blood, these monocytes encounter danger- or microbial-associated molecular patterns derived from stress-induced alterations in metabolism or microbial products from the gut that in turn activate inflammatory signaling pathways such as nuclear factor κB (BF-κB) leading to TNF and IL-6 as well as the imflammasome, which leads to the production of IL-1. TNF in turn has been shown to activate microglia to produce MCP-1, attracting monocytes to the brain notably in areas that regulate fear and anxiety including the amygdala.11 Recent data indicate that chronic social stress in laboratory animals can also lead to permeability in the blood – brain barrier that allows peripheral inflammatory signals including IL-6 to enter the brain in regions relevant to motivation and reward.12Consistent with these laboratory animal data, peripheral blood immune cells from depressed patients have shown evidence of activation of both nuclear factor κB and the inflammasome.13

Despite evidence that monocytes and the innate immune response play a pivotal role in effects of inflammation on the brain, there is growing evidence to suggest that T cells and the adaptive immune response may also be involved.14 Decreased anti-inflammatory T regulatory cells and increased hyperinflammatory Th17 cells have been described in depressed patients and animal models of depression.13-15 Moreover, T cells and their production of IL-4 have been associated with resilience to stress and depression in laboratory animal models.1,14,16These data are especially intriguing given recent characterization of the lymphatic system within CNS that allows the T cells to patrol the brain.17 Whether inflammatory responses are primarily driven by innate immune responses and monocytes versus the adaptive immune response and T cells will have profound implications for immunotherapeutic targeting of the immune system to treat depression.

Inflammation is related to treatment response

A major advantage of a pathophysiologic process that is believed to largely emanate from the periphery and spread to the brain is the opportunity to use blood tests to identify specific individuals for treatment targeting and ultimately precision care. Indeed, inflammatory markers alone or in combination have been shown to predict treatment response to conventional antidepressants and psychotherapy as well as advanced treatment strategies such as ketamine and anti-cytokine immunotherapy.13,18 Unfortunately, these studies are post hoc in nature, and no study has yet to prospectively assign patients with one or more level of inflammatory marker to a given treatment and predict response.

The greatest challenge is to determine which inflammatory marker(s) exhibits the greatest predictive value, while also being readily available for clinical application. Findings suggest that individuals with a CRP >1mg/L, which is the cut off for moderate inflammation, were less likely to respond to SSRIs.19,20High CRP was also shown to predict response to the anti-inflammatory drug infliximab, an inhibitor of TNF.1 Given the relative availability of CRP in clinics and hospitals throughout the US and elsewhere, it may be that until other data are available, clinicians can use CRP as a general yardstick for inflammatory load.

There has been recent interest in identifying inflammation directly in the brain of depressed patients using positron emission tomography to identify activated microglia reflected by the upregulation of the translocator protein (TSPO).21 Although there has been an assumption that increased TSPO binding signals neuroinflammation, the TSPO ligand is not able to distinguish microglia that are activated to perform important neuroprotective and neuroregulatory functions from microglia that are inflammatory. Therefore, these ligands are not ready for prime time, and results from the published literature using TSPO ligands should be interpreted with caution.

Clearly, there is much to be learned about the relationship between depression and inflammation. Nevertheless, the most exciting aspects of this work are the clear therapeutic implications ranging from blocking inflammation to targeting the downstream effects of inflammation on neurotransmitter systems and neurocircuits to implementing lifestyle interventions that reduce inflammation.

Several clinical trials are underway using immunotherapies that target TNF and IL-6. In each instance, a precision medicine approach is being taken: individuals with increased inflammation of CRP >3 mg/L are being treated. Whether targeting these cytokines versus targeting T cell-derived cytokines such as IL-17 is more efficacious and for whom remains to be determined. In addition, studies have suggested that both minocycline, which blocks microglial activation, and inhibitors of the inflammatory mediator cyclooxygenase (COX)-2 have antidepressant efficacy.18 However, more data are needed, given that precision targeting of patient populations with high inflammation has not been incorporated into the clinical trial design of these studies. Based on the impact of inflammation on dopaminergic and glutamatergic pathways, drugs that enhance dopamine signaling or block glutamate receptors may be especially relevant for patients with depressive symptoms and increased inflammation.

Painted Brain4 weeks ago
Think about it. All those times you thought: “I can’t do this.” 🙇🏽‍♂️All the times you buried your face in your hands and thought: “I’m not going to survive this…” 🤦🏻You actually did get through it! 🕺🏻💃🏻You reached down deep and found the strength, or the faith, to go on. 🌳And now it is behind you.🖼I am going to try and remember this the next time I feel overwhelmed, or hopeless.🍁I am going to recall the times I triumphed over fear and anxiety...and use that to get me through the next hurdle.🌿🍃🌾How about you?🍂

Painted Brain @ThePaintedBrain
2 hours ago
When we educate ourselves and take steps to #endstigma, we can help our families and communities. Together, we can increase early intervention. https://t.co/JXEJoEPcI9
View on Twitter
2
6

Painted Brain @ThePaintedBrain
10 hours ago
These were the most highly recommended and downloaded apps for either Android or iPhone users for
✔️ #mindfulness,
✔️ #stressreduction,
✔️ #meditation🧘‍♀️,
✔️ #journaling✏️, and overall
✔️ #wellness ☮️
https://t.co/8NNlL6YoY2 https://t.co/wCOUWqGxNt
View on Twitter
9
10