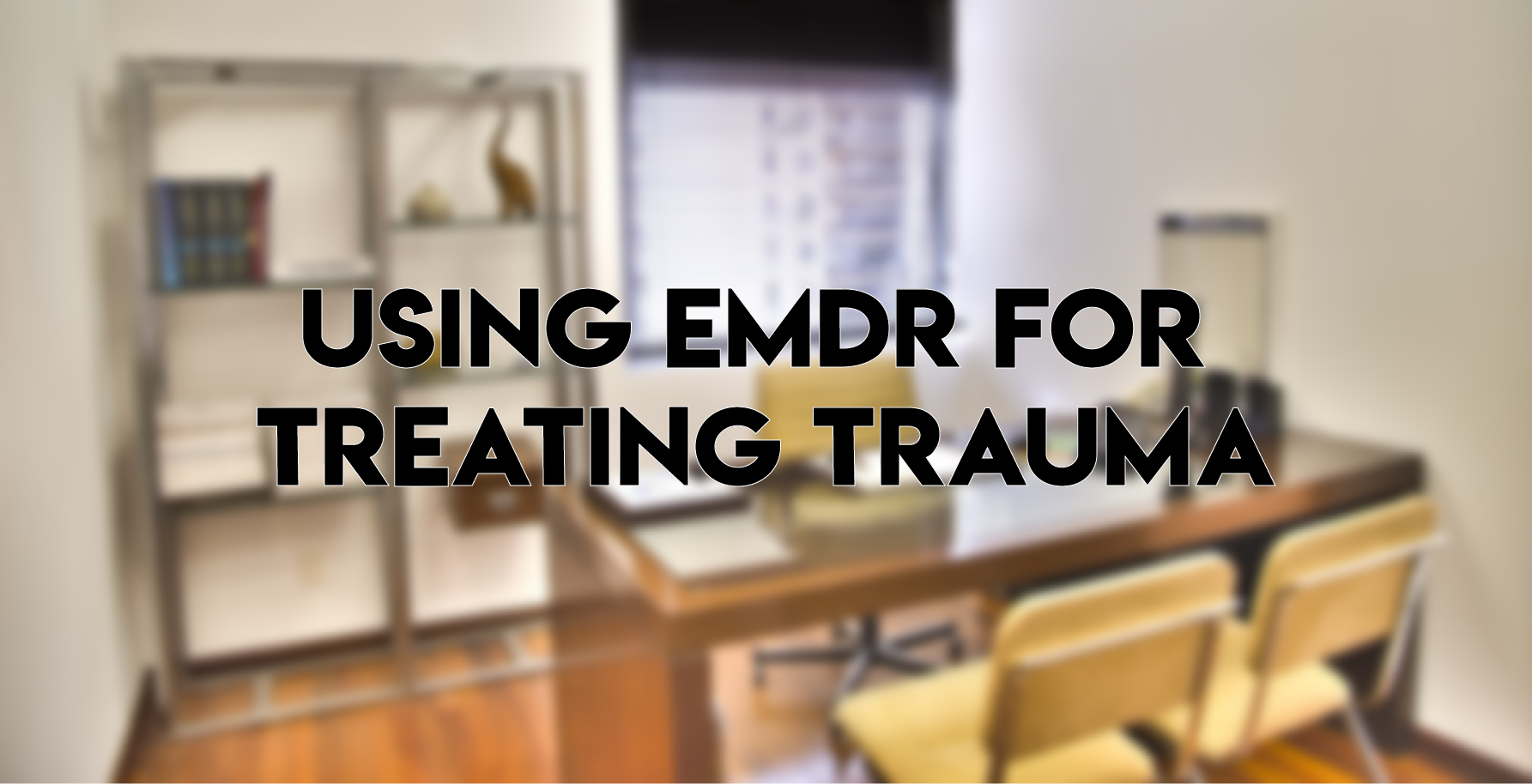 Eye movement desensitization and reprocessing therapy (EMDR) is a type of psychotherapy that has been growing in popularity. It has been proven to be especially effective in treating trauma. The technique was developed in 1987 by American psychologist Francine Shapiro specifically for treating post-traumatic stress disorder (PTSD). The goal of EMDR is to rewire emotionally charged responses to traumatic events using the patient’s rapid eye movements.

WebMd describes the process as sessions that last up to 90 minutes, during which the therapist moves their fingers in front of your face, asking you to follow with your eyes. Simultaneously, you’ll be asked to recall a disturbing event, including the emotional and physical sensations associated with it. Then, the therapist will gradually begin guiding you into better thoughts. The goal is to eventually lessen the negative effect of traumatic memories.

Traumatic experiences are stored physically in our brains, causing negative emotions and actions. EMDR efficiently and effectively address such responses.

According to The EDMR Humanitarian Assistance Programs , the approach is a “treatment which comprehensively identifies and addresses experiences that have overwhelmed the brain’s natural resilience or coping capacity and has thereby generated traumatic symptoms and/or harmful coping strategies. Through EMDR therapy, patients are able to reprocess traumatic information until it is no longer psychologically disruptive.”

Francine Shapiro discovered that recalling traumatic experiences while engaging in lateral eye movements (or other left-right bilateral stimulations such as tapping) leads patients to a peaceful resolution of associated behavioral and emotional issues.

The American Psychological Association compares EDMR with other approaches stating that “unlike other treatments that focus on directly altering the emotions, thoughts, and responses resulting from traumatic experiences, EMDR therapy focuses directly on the memory and is intended to change the way that the memory is stored in the brain, thus reducing and eliminating the problematic symptoms.”

EMDR is a structured eight-phase approach:

The therapist conducts a full assessment and works with the client to target treatment goals regarding past memories, triggers, and future goals.

During this stage, the target memory is activated by assessing components of the memory including image, cognition and body sensation. Two measures, the Subjective Units of Disturbance (SUDS) scale and the Validity of Cognition (VOC) scale, are used to assess change in emotion and cognition.

During the body scan phase, the client observes their physiological responses while thinking of the target memory and the positive cognition, trying to identify any left-over somatic distress. The therapist ends the session with closure, giving the client specific instructions and techniques to use until the next session, in case the target memory was not fully processed.

The last phase involves the reevaluation of the current psychological state and whether treatment effects have maintained.

Painted Brain2 hours ago
"One of the benefits of tech training is that it provides an outlet for meaningful engagement. The old argument that too often smartphones and Facebook becomes a crutch for real social interaction, this is entirely different for someone who is already isolated and needs to connect with people outside of his home. If you already have a good social circle of support, there is no reason to use social media in excess. For someone starved of social interaction, it can open up worlds of possibilities."

Painted Brain5 hours ago
☝️ Did you know "Play" is good - AND not only for mental wellness❓
♦️ An #endorphin-powered workplace makes teams more productive, employees more engaged, and reduces stress-related costs.
♦️10-15 minutes of #laughter burns approximately 10-40 #calories per day, which is roughly 4 pounds a year.
♦️ It’s #aerobicexercise without going to the gym. Recall the last time you worked out and how relaxed your body felt afterward. It’s a similar feeling after a good belly laugh, and it continues for almost an hour.

Painted Brain @ThePaintedBrain
2 hours ago
“Having a safe place to take shelter is a basic necessity. We must find solutions to the homelessness crisis. To do this, it is vital for our families and individuals impacted by mental illness to be part of the conversation.”
@cruzer2211
@NAMICalifornia
View on Twitter
3
6