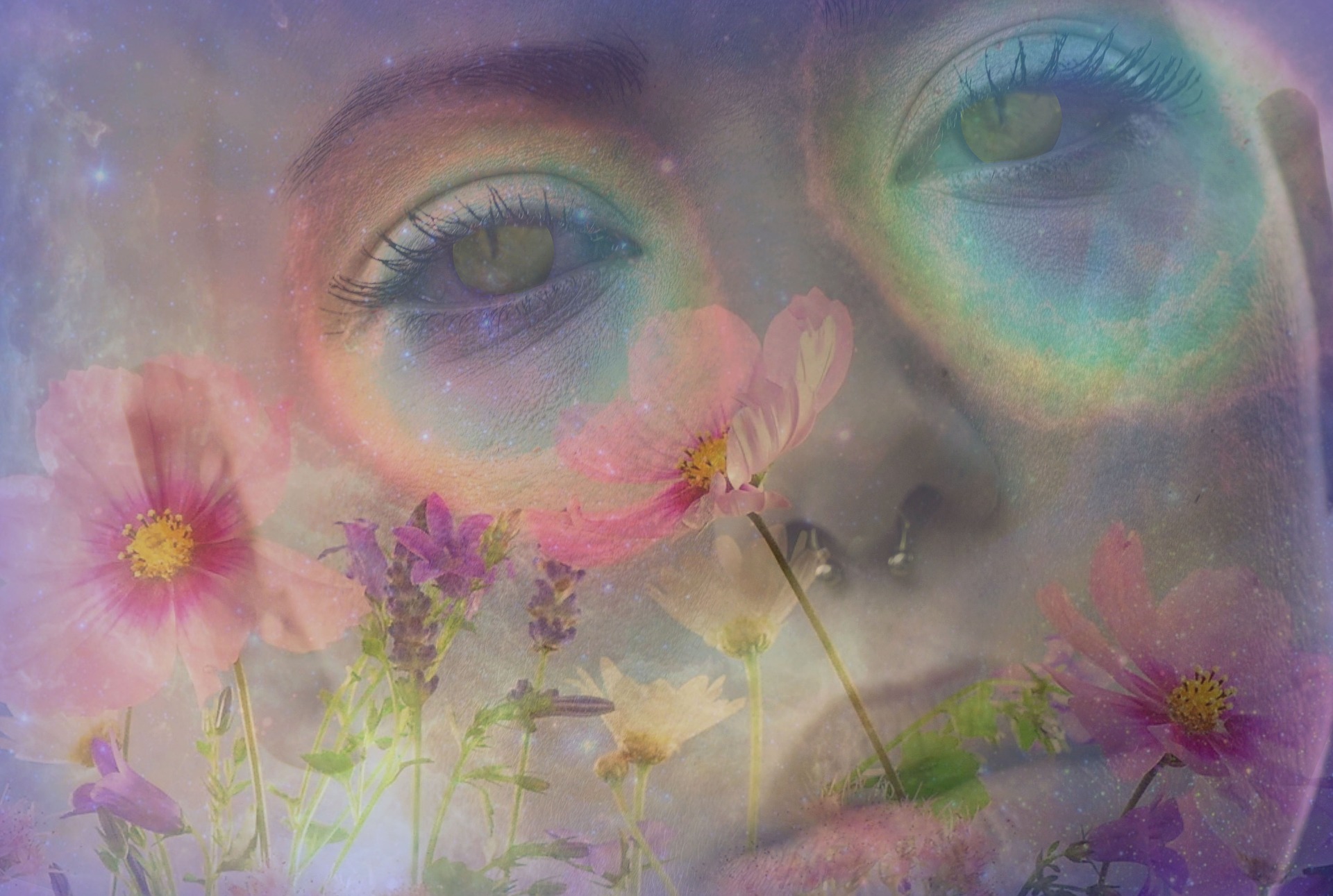 There are many reasons why we hallucinate. An over-taxed mind leading to stress, depression, extreme fatigue, psychotic conditions, drug and alcohol use and general illness can all be causal factors of hallucinations. So, what is a clear expression of what a hallucination is? I found Patricia Boksa’s definition quite succinct : “Hallucinations are perceptions in the absence of an external stimulus and are accompanied by a compelling sense of their reality” (Boksa, 2009). I personally have been prone to hallucinations since I was a child. When I was very young I remember my body being covered in spiders when I was sick and trying to hit them off of me. I remember smelling what I believed was dead bodies in the hospital and being horrified as I believed that hospital cupboards were full of severed limbs (okay, that one is a delusion rather than a hallucination). I remember hearing things and seeing a floating horses head at my local stables. All this and more when I was just a young child. I remember them like they were real and my memories of them are real. Into adulthood, my hallucinations continue under certain circumstances and I have become accustomed to occasionally seeing people, hearing voices, tasting and smelling things that aren’t there, thinking someone has touched me and watching the world warp and bend in front of my eyes (although now controlled). Why does the brain get so confused with tangible and intangible reality?

Dean Burnett in his book The Idiot Brain says that:

“The most common theory of how hallucinations occur focuses on the complex processes the brain uses to differentiate between neurological activity generated by the outside world and activity we generate internally. Our brains are always chattering away, thinking, musing, worrying and so on. This all produces (or is produced by) activity within the brain. The brain is usually quite capable of separating internal from external activity…The theory is that hallucinations occur when this ability is compromised” (Burnett, pp. 293-4)

Therefore, physically, the brain can not always differentiate between what is real and what is not and essentially tricks us into thinking everything it perceives is real. Burnett goes on to explain that it is several areas of the brain working together that causes the phenomenon of hallucination (see Burnett, p.295) and the “activity between these interconnected regions maintains our ability to separate the outside world from the one inside the skull. It’s when connections are changed by something that affects the brain that hallucinations occur” (Burnett, p.296).

Although several areas of the brain have been identified as active during hallucinations, both auditory and visual, Leor Zmigrod et al still suggest that “there is still significant ambiguity about the neural mechanisms that underlie hallucinations” (Zmigrod et al, 2016). There is one set of evidence that points towards a reduced area of grey matter volume affecting the superior temporal gyrus (Boksa, 2009) and another field of research undertaken by a team at Cambridge Unversity suggests that the paracingulate suculus is partly responsible too. The paracingulate suculus is a fold towards the front of the brain and it has been found that if this fold is shortened in length it can lead to hallucinations. This is because the fold area is linked to how we separate “real from imagined information” (Markus, 2015). The regions of the brain that deal with visual and auditory information are also an obvious focus area for the hallucinating brain. No wonder there is ambiguity, and I haven’t even scratched the surface here.

I think the hallucinating brain will always be part mystery, just out of the grasp of science, and, whatever the structural mechanisms are that underlie hallucinations, we just need to remember that we are all just beautifully human and that living with our quirks of nature makes us the unique people that we are.

Boksa, P. On the neurobiology of hallucinations [online] available at:

Burnett, D., Reality is overrated anyway (Halllucinations, delusions and what the brain does to cause them) in The Idiot Brain pp.292-302