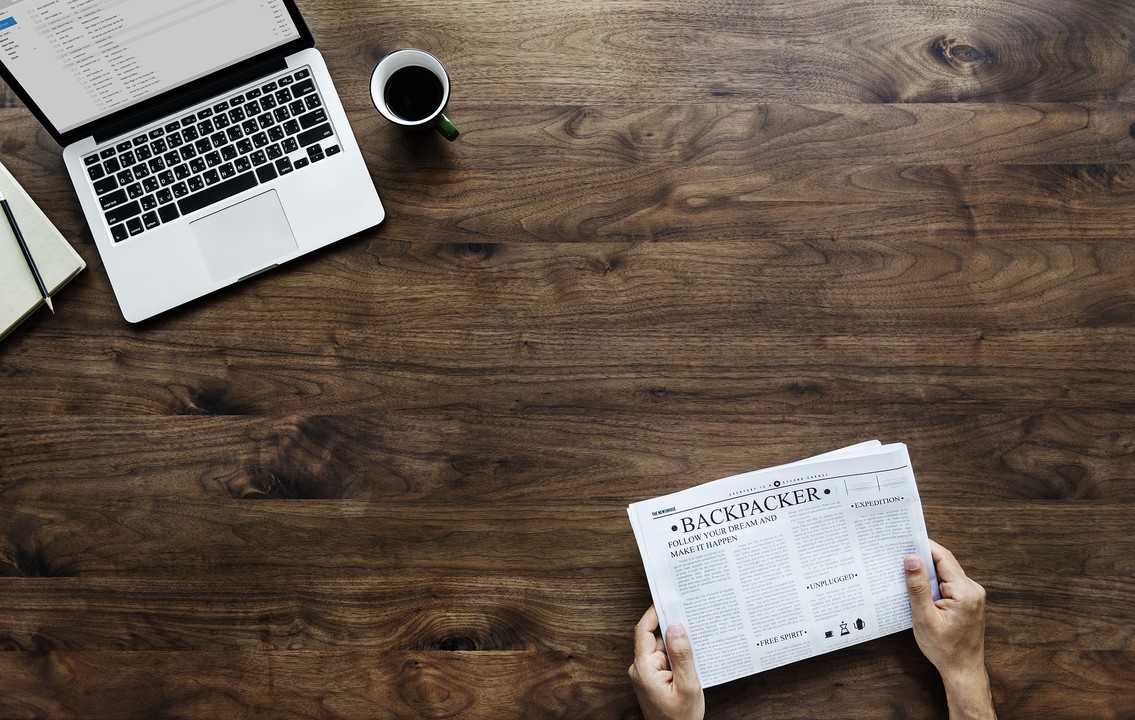 In the online world, assume that people don’t read. They scan.

No one has time to read stuff on the web. We don’t have time for that, so we humans developed a tendency when browsing the web we don’t read, but we scan. At least, anyone in their right mind would do, right?

“Be rabid on readability”.

Make it easier on the eyes. Don’t make it a chore to read and comprehend what you’ve written. It may even be otherwise great, interesting material, and it’s a shame if it won’t be seen because the writer neglected a few important practices and principles that apply to all writing for the web. Blog, newsletter, ad copy, anything.

Here are some ways we can do that and make it as readable as we can.

Let’s compare the short paragraph and long paragraph versions below. Which is easier to read?

Most would answer that the first one is much easier and the other one looks too intimidating to read.

Ann Handley suggests that the best paragraphs contain no more than 3 sentences or 6 lines. There is nothing wrong with a one-sentence paragraph.

See the one above?

Think of each sentence as taking a breath.

Just to get a feeling, try reading a long sentence out loud, and compare how different it feels from a short sentence. Do you notice the general tendency we have, to not take a breath while reading aloud through a phrase or saying a long sentence? When it’s too long, reading sentences literally can make you go “out of breath”.

This is true also for the brain when you are reading, silently or otherwise.

Here’s how the brain scans through a sentence:

First, when reading from left to right, the period (.) acts not only as a marker for the next sentence. It signals to the brain that now is the time to evaluate what was just taken in, to form a concrete idea of what was just read. Then it’s ready to move on to the next.

When a sentence is too long, the mind feels somewhat like going out of breath, just not in a literal way. It makes it more of a chore to read each sentence.

Ann Handley suggests keeping it no more than 25 words per sentence.

Use punctuation to establish a comfortable pace

To add variety and cadence to your writing, you can further subdivide the sentence using semicolons, commas, dashes, and periods (.) for pacing. You can get creative and play around with it. In addition to adding cadence and pace, it can serve to visually decorate the text in the paragraph.

According to Hailey Griffis – marketing expert from Buffer:

When writing captions for social media, the use of emojis along with punctuations would be highly recommended, as they bring color not simply black and white text.

“Writing is human, but editing is divine.”

I said earlier that there’s nothing wrong with a paragraph with only one line. There’s absolutely wrong with boldfacing, italicizing, and underlining certain words or key phrases in your paragraph either. In fact, it’s a good thing to do for a number of reasons.

First, what it will do is make it easier to scan, as the keywords are bolded or stylized in some way to stand out from the rest of the paragraph. These signal to the brain that these are important concepts relevant to the writing.

Second: Search engines also pick up these cues and take special note of stylized words. It makes it easier for the writer to communicate their intentions to Google about what the piece is about, making it easier for Google to determine what your page is about and where to place in a search result using those very keywords. The easier you make categorizing your site to Google, you get better results and show up higher on results.

Third: stylizing words serves as a form of visual decoration, adding variety and something similar although different from adding punctuations to bring cadence or rhythm to your sentence. These add context and variety to an otherwise monotonous display of black and white characters, and the eye is drawn to color contrast.

Here’s another reason why shorter paragraphs are better. When the words are too crowded together it’s easy to get lost in the paragraph. Using shorter paragraphs create more pockets of “white space”, which acts as a cushion of sorts, or a sandwich.

White space in your web content is very crucial for readability and “scannability”. It’s easier to follow line-to-line or paragraph-to-paragraph. There are several ways to do this.

Add images in between text.

One great way to create white space is to create buffers between sections or paragraphs using images or embedded videos.

A general rule is that its best to embed an image into your blog or webpage no more than every 4 or 5 paragraphs.

There are a number of reasons why you might want to do this, beyond the obvious trope “a picture is worth a thousand words”.

When was the last time you ever saw an ad with only text? The eye is drawn to color and contrast. White space is only one of its many benefits.

Taking the shortest path from A to B, or to make your point. Don’t say it in 3 minutes if you can do it in 30 seconds. Don’t use embellishments that add no new meaning. Avoid language such as:

Use adverbs sparingly, and be careful with adjectives.

Quite too often, adverbs become a crutch for the actual verb, without adding any new meaning. You should be especially on the lookout for words that end with a “-ly”.

Or instead of “It’s really huge”, say “It’s gigantic”

Or “He bolted” rather than “he ran out suddenly and quickly.

Less roundabout, and more straightforward. Do you agree?

Use simple, not big words, and write as if you are having a conversation.

Big, complicated words aren’t necessary, nor desirable. Nearly 75% of adults read at a 7th-grade level or lower. It doesn’t mean you have to dumb it down, but do keep it simple, not simplistic.

Imagine your blog is addressed to someone close to you. When the other person feels as if YOU (instead of an inanimate computer ) are talking directly to them, the writing becomes more “human”-friendly, thus making it also easier to read.

Or to put it another way, a human-friendly tone makes your writing more personable. People tend to prefer it, and so do search engines, simply because people do.

Believe it or not, AI is advanced enough at this stage, search engines now can pick up on more than just typos. They can now discern writing tone, quality, and readability. If you sound robotic or stuffy, you will be demoted by Google and other search engines and show up lower in results, even if it’s otherwise great content.

Bottom line: be conversational in your writing.

Go Ahead, Break Some Grammar Rules

“I encourage you to safely and fearlessly break those rules and to make those mistakes in writing — but only when doing so lends greater clarity and readability.”